Biking La Manga has been run by Geoff Cox for 20 years. Geoff has a long history in cycling.

Before settling in La Manga Geoff worked as a mountain bike guide in Austria, Mallorca and Greece as well as teaching windsurfing in Mallorca.

Prior to that however Geoff’s love of cycling has taken him literally around the globe.

In 1995 along with James Rynolds, Geoff cycled (and walked) 9178 miles from England to Vladivostok crossing 10 time zones en route and  in doing so becoming (as far as we know) the first westenerners to cross Siberia without Russian guides. Over 1000 miles of this trip covers the region East of Ulan Ude where there was offically no road (and hence no page in the Russian road atlas). Without mobile phones, GPS or the many things we have become used to now this section was navigated with the aid of the sun, a compass and US aerial defense maps 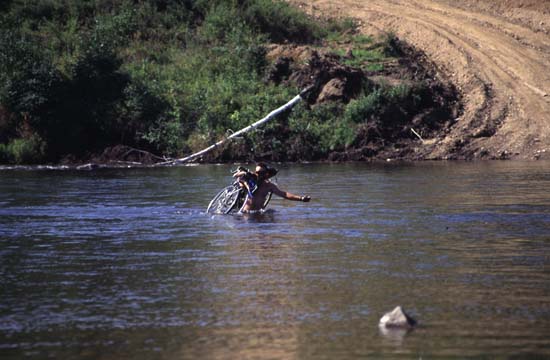 Prior to that he spent a year travelling in Africa which included cycling 3000 miles of the route from Kenya to South Africa on a single speed roadster he bought for about 50 GB pounds in Nairobi. He cycled this 48lb bike through Tanzania, Malawi then across the Tete Corridor (Gun Run) though Mozambique into Zimbabwe,then heading West on the Caprivi Strip (between Angola and Botswana) before heading down through the Namib desert and on to Cape Town. Through the desert water was always a concern, 12 litres could get him though 2 days and 2 nights but by the third day finding water became the priority. 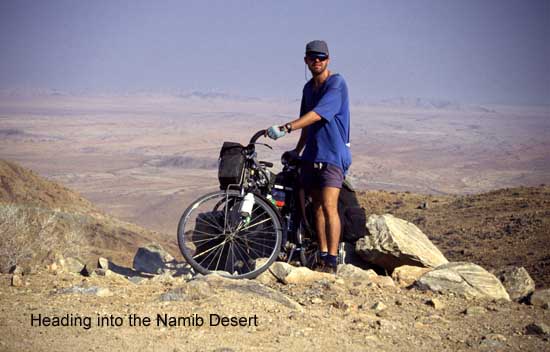 Before his touring days his love in the UK was time trials and he regularly competed in everything from 10miles to 12 hour events. Off road he has competed and finished well in the Kitzalp Marathon (part of a series of extreme MTB races) and the Hahnenkamm Hillclimb.

We use cookies to ensure that we give you the best experience on our website. If you continue to use this site we will assume that you are happy with it.Ok